Can You Drink Purified Water?

There are an abundance of options for the type of water one can consume on a daily basis. Most people in the United States have access to tap water, which undergoes a series of treatments before it reaches your faucet. Some people get their drinking water from private wells, which isn’t treated before it enters your home.

To answer this question, let’s take a look at how water purification works, what the goal of purification is, and how purified water compares to the water coming out of your tap. It may surprise you to find out despite numerous treatments the water flowing from your tap might not necessarily be as safe to drink as purified water. 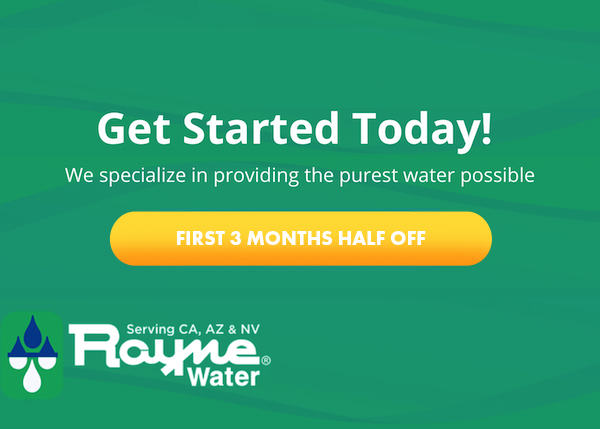 What is Water Purification?

The most common reason water is purified is to provide safe drinking water. For those wondering, “is drinking purified water bad for you?”, the short answer is no. In fact, drinking purified water will expose you to fewer contaminants. However, there are a number of other reasons water is purified. Purified filtered water is the only water supply used in the production of medicines, in industrial applications, chemical production and applications, food processing, agriculture, and many other industries and fields.

What Contaminants Are Removed During Purification?

You would probably be surprised to find out exactly what is being removed from your drinking water. Though we tend to think of water as relatively clean, the quest for clean drinking water has preoccupied humans for thousands of years. As water purification techniques have become more advanced over the years, the types of contaminants’ purification removes in filtered water has also grown. At the same time, advanced water testing techniques highlight the continued persistence of contaminants in our drinking water, including in clean water which has already been treated.

Examples of IOCs include:

VOCs are commonly found in our water supplies. This class of chemicals comes from many products we are familiar with. Solvents, gasoline, diesel, paints, varnishes, glues, cleaners, and many other products contain VOCs. VOCs like chloroform can also form when chlorine is added to water as a disinfectant and reacts with organic material in the water. The fuel additive MtBE, used as a replacement for lead in gasoline, is frequently detected in water supplies as well.

Examples of VOCs include:

SOCs are a category of man-made chemicals commonly used in industrial applications and the agricultural industry. These compounds are often found in herbicides and pesticides and may leech out of leaking underground storage tanks. PFAS is a grouping of chemicals that have proven to be widespread throughout community water systems, particularly in California. These chemicals are found in non-stick coatings, firefighting foams, waxes, and paints.

Examples of SOCs include:

The mineral content of water is an important factor for water purification. When discussing the difference between hard water vs. soft water, water containing a large number of dissolved minerals is referred to as hard, while water with a low mineral content is called soft. Water becomes hard as it percolates through stone and soil. As it moves through the ground it picks up mineral ions, which become attached to the water molecule. The water hardness scale measures the level of minerals that are present in your tap water supply.

Here are a few of the most common effects of hard water in a residential setting:

Should You Purify Tap Water?

For those wondering, “is purified water good for you?”, the health benefits of purified water come from the lack of harmful contaminants. However, not all purified water is created equally, which is why you need a purification system that truly works. For example, tap water can technically be considered purified since it has undergone a number of purification processes and techniques. But, if you are wondering “is tap water safe to drink?”, the answer is not as simple as you might think.

Tap water in the United States is treated so it is safe for consumption, but those treatments don’t mean you won’t be consuming harmful contaminants. Water safety violations occur all the time in the filtration process. Despite the best intentions of community water purification systems, water quality violations are exceptionally difficult to detect in real-time. Additionally, not every contaminant considered potentially harmful to human health is regulated by the Environmental Protection Agency (EPA), which is the government body who is responsible for quality oversight of the water supply.

It is also notable, the treatment process for tap water can also introduce potentially harmful substances into the water. Specifically, community water suppliers add chlorine to the water to disinfect it for microbes found in the water. While this often eliminates the threat from bacteria, protozoa, and viruses, chlorine can combine with organic material in the water to form  trihalomethanes which are potentially carcinogenic. Additionally, chlorine can add an unpleasant taste and smell to the water.

If you are seeking to avoid the widest range of contaminants, it’s important to filter your tap water before you drink it. Can you drink distilled or spring water that’s been bottled? While it is possible to only drink bottled water,  the cost of bottled purified drinking water is cost-prohibitive compared to home filtration.

Many people wonder, “can you drink purified water?”, and are curious about how it compares to tap water. Purification is the process of removing unwanted contaminants within a sample of water. There are a number of purification techniques, some of which may be used for large-scale water purification and some you can use within your own home.

In order to reduce the level of contaminants in your water further, consider installing a residential water filtration system by Rayne Water. Our reverse-osmosis systems are small enough to be installed under a sink, yet powerful enough to disinfect water and remove impurities as well as disinfection byproducts found in tap water. To learn more about reverse-osmosis water filtration systems, please contact Rayne Water today.