5 Contaminants in Your Drinking Water

Do you know what’s in your drinking water? There are a wide range of contaminants in drinking water. This is true even for water that has undergone treatment, such as the water supplied by public water suppliers around the country.

Gaining a better understanding of what contaminants are in your water, and what the potential impacts of those contaminants are on your health and your home, can help you make an informed decision about whether an in-home water treatment option is right for you.

Types of Contaminants in Drinking Water

You may not realize it, but there are quite a few contaminants that can be found in drinking water in the United States. While many of these contaminants can be treated for, and are usually removed before tap water reaches your house, mistakes that lead to exposure can and do occur.

The Environmental Protection Agency (EPA) and Safe Drinking Water Act (SDWA), which is the primary law by which federal drinking water standards are defined, classifies common contaminants in water as belonging to one of the following four categories:

The EPA defines a contaminant as any substance in one of these four categories that can be found in drinking water. This broad definition includes substances that may not cause a negative health impact, such as common types of minerals. However, many of the contaminants have been linked to negative health outcomes, such as damaging your immune system, causing organ damage, or elevating the risks of certain types of cancers over time. This reinforces the fact that, though water is crucial for our ongoing health, it is equally important to seek out good water sources. To learn more about the links between the water we drink and our health, check out our article that answers the question, “Can drinking water boost your immune system?”

Each category has many different contaminants within it. We’ll take a look at some of the most common pollutants found in drinking water in the United States, and note which type of contaminant they are, but if you’d like to find a more comprehensive list the EPA provides a complete table of contaminants covered by the National Primary Drinking Water Regulations (NPDWR). It is also worth noting that contaminants are regularly being evaluated to be added to the list through the EPA’s Contaminant Candidate List.

Microbes are considered a biological contaminant, and consist of:

Microbes like those listed above pose one of the greatest threats to public safety through the modern drinking water system. Widespread outbreaks of waterborne diseases aren’t very common in the United States, but they do happen. For example, the National Academies of Sciences, Engineering, and Medicine estimated that between 52,000 and 70,000 people in the United States are affected by Legionnaires disease, which is spread by the bacteria Legionella.

Legionnaires disease is the most common waterborne pathogen in the United States and highlights the limitations of the most common types of water treatments. While water can be treated for microbes at a specific point, it still must travel through a water delivery system to get to your home. Along the way, microbes such as Legionella can enter the water supply, often through biofilms that line the water delivery system.

Reverse osmosis is the best available treatment in residential and commercial settings for microbe water contaminants.

VOCs are a very common contaminant found in drinking water throughout the United States. A 2006 study on the quality of our national water supply found at least 1 of 55 VOCs in 90 of 98 aquifer studies across the United States, indicating that VOCs are widespread in the water sources for community water supplies.

VOCs are so common because they are in many of the products we use on a daily basis. These types of chemicals are found in fuels like gasoline and diesel, glues, cleaners, adhesives, as well as many types of plastics and rubbers. They are also used in the manufacturing of computers, refrigerators, skin lotions, and some pharmaceuticals.

Not only are VOCs common, but they are notable because they dissolve into groundwater and become persistent. Common VOCs include: 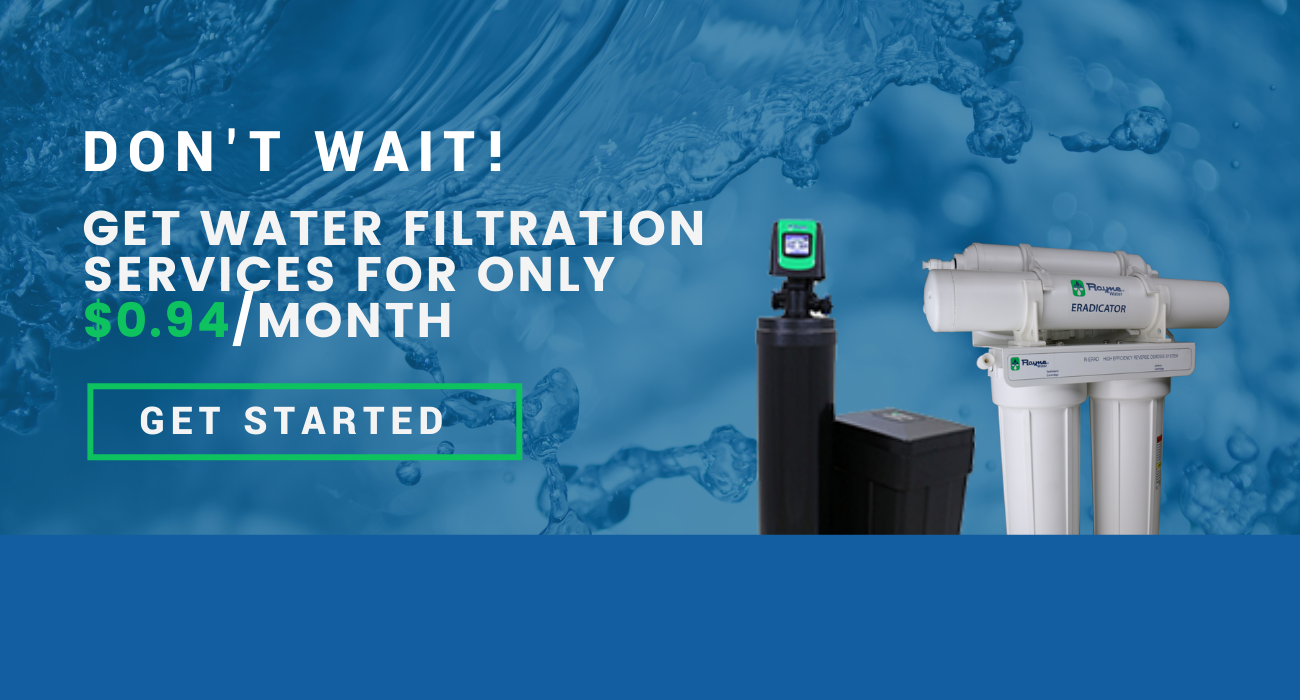 The water crisis in Flint, Michigan brought the dangers of lead in community water supplies to the forefront of the nation’s consciousness. Heavy metals like lead can enter our water systems naturally, through erosion and runoff, or through aging water delivery systems. An example of the risks that aging plumbing poses can be found in testing in 2018 that found elevated levels of lead in drinking water at 11 schools in San Diego county. Those elevated levels of lead were attributed to aging pipes, water fountains, and sinks.

The most common heavy metal contaminants found in drinking water include:

Arsenic in particular is a very common contaminant that affects water in private drinking wells. Arsenic occurs naturally in the Earth’s crust and is widely used in a variety of industries. It can enter the water supply naturally, or through industrial and agricultural runoff.

Water softeners can also be used to reduce the content of hard minerals in your water, which can affect its alkalinity. Water softeners can be a great option if you are concerned about the ph of tap water. If you are wondering, “is alkaline water good for you?”, check out our article on the subject!

When most people think of contaminants in their drinking water, they typically aren’t thinking about the products used to treat their water. This is a mistake. Not only do disinfectants alter the taste and smell of water, but they can also react with organic material in the water to form new substances that pose a potential health impact.

To be sure, disinfectants like chlorine and chloramine are crucial for modern public water supplies. Up until the use of chlorine to disinfect water, public drinking water supplies posed an enormous health risk. With the introduction of disinfectants, widespread outbreaks of waterborne pathogens largely became a thing of the past, saving many thousands of lives every year.

While disinfectants provide a great benefit, it comes at a price. That price comes in the form of by-products, which are primarily four trihalomethanes (THMs). These are:

Of these, chloroform and bromodichloromethane are classified as possibly carcinogenic in humans. In addition to these four chemicals, the addition of chlorine to drinking water produces over 600 other compounds.

#5. Per- and Polyfluoroalkyl Substances (PFAS)

PFAS are a group of chemicals that are only fairly recently coming to light as a potential health risk in our drinking water, despite their fairly widespread use for the past 80 years. Typically found around military installations, industrial sites, and manufacturing facilities, PFAS are a large group of synthetic compounds that are sometimes also referred to as “GenX chemicals”.

PFAS are notable for their persistence in the environment and widespread detectability. One widely referenced study of blood serum across the United States between 1999 and 2012 found detectable levels of PFAS in 99% of all samples, which points to the fact that PFAS aren’t just widespread in our environment but also in our bodies.

Little is really understood at this point about exactly how widespread PFAS are in our environment and drinking water systems, how they affect our health, or even the most common pathways that these chemicals enter drinking water.

Animal studies of chemicals in the PFA grouping point towards health effects that include:

There are currently no Maximum Contaminant Levels (MCLs) defined for PFA chemicals under the SDWA, meaning that these chemicals are being monitored but not necessarily treated for. However, the EPA is moving forward with developing a MCL for PFAS, which is good news.

In the meantime, if you want to ensure you and your family are protected against PFAS in your water, the best available treatments according to the EPA are activated carbon filtration and ion-exchange systems, which can remove up to 100% of PFAS in drinking water depending on the system.

We’ve outlined five of the most common types of contaminants that are found in drinking water in the United States. While microbes like Legionella have the potential to cause the most widespread and acute harm, organic chemicals and compounds like VOCs, synthetic chemicals like PFAS, and even heavy metals like lead and copper can all be found at detectable levels in many tap water systems around the country.

If you’re curious about a clean water treatment solution for your home, reach out to our team at Rayne Water today. We’ve been helping residential and commercial customers get clean, filtered, and safe drinking water since 1928, and we’d love to help you find a solution that’s right for your needs. To learn more, contact us.